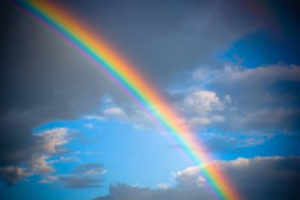 These are among the common core beliefs that generate problems with social anxiety, depression, and self-esteem.

It’s easy to see how young people who sense they are in some way different could come to learn some of these self-destructive core beliefs. For most children and adolescents, different is not good. Being accepted by peers feels essential to young people. For most young people, being different or non-conformist feels good only if their’s is a group of similarly different and non-conforming friends who accept and value them.

Kids who are seen by others as different are frequently teased, taunted and even tormented by those wanting to prove that they are among the accepted ones. Many who are seen as different learn to withdraw in self-defense. Others who privately sense they are different generally do their best to hide their differences in order to avoid being outcast. But inside, they know that there is something unacceptable about their real selves.

Young people who sense they may be lesbian, gay, bisexual or transgender (LGBT) are especially vulnerable to this dynamic of social unacceptability, and the negative core beliefs that often develop as a result.

Although things have improved a great deal in some circles, peer condemnation remains especially harsh–often cruel–for a great many LGBT youth. Many straight young people are teased and ostracized for being different. LGBT youth are often being told that they are sick, sinful, disgusting and shouldn’t exist. Many who can’t hide their differences become the target of harassment, bullying, violence, and rejection, resulting in a disproportionately high rate of suicide attempts among LGBT youth.

Many straight kids who are ostracized for their differences find some support in their families and churches, which may help to instill a positive set of core beliefs despite their struggles among peers. This is much less likely to be true for LGBT youth, whose parents and religious leaders are frequently non-accepting–and often harshly condemning–of homosexuality and gender non-nonconformity.

Coming out to ourselves requires a changing of our old core beliefs so that we can develop a greater sense of self-acceptance, even in the face of societal condemnation. But even after coming out, many LGBT persons retain the sense of being different, not quite right or acceptable… even among other lesbians, gays, bi’s and trans.

It is easier for many LGBT people to change their old core beliefs as they apply just to their sexuality than as they apply to their whole selves. Old core beliefs, first developed in childhood, are deeply ingrained and are repeatedly reinforced through our old coping patterns.

Cognitive-behavioral therapy, CBT, especially with a LGBT therapist, or in a therapy group with other LGBT persons, can help you break free of the remnants of these destructive core beliefs and the problems they cause. In Washington, DC, contact Larry Cohen, LICSW, for psychotherapy and counseling services to help you with: coming out; improving self-esteem, mood and relationships; and overcoming social anxiety, social phobia and other anxiety problems. Cognitive behavior therapy will help you develop strategies and skills to achieve your personal goals and become your own personal therapist.

If you have any questions or comments, please email Larry Cohen, LICSW, with offices in Washington, DC.